From being spaces designed for the artisanal production of wine, cellars and wine presses have become an interesting sample of Logroño’s past, unconventional museums that are worth a visit

No one will be surprised at this point if we talk about the importance of wine in Logroño. What might leave you speechless is to discover that, centuries ago, this drink literally ran through the whole city.

As if it were a parallel city, under the feet of those who today stroll along Ruavieja, Mercaderes or Barriocepo streets, there are more than 300 structures dedicated to the storage and ageing of the most famous liquid in La Rioja.

This series of buildings, now no longer carrying out their original function, at the time turned Logroño into a sort of wine-growing Venice where there were even open gutters for the free circulation of the grape must that would give rise to the area’s star product.

Now that everything has become a little more refined and professionalised, and everyone is no longer left to make their own wine at home, the underground buildings that served as a fundamental link in this production process have been reinvented. Calados and lagares -these are their names-, today have different functions. 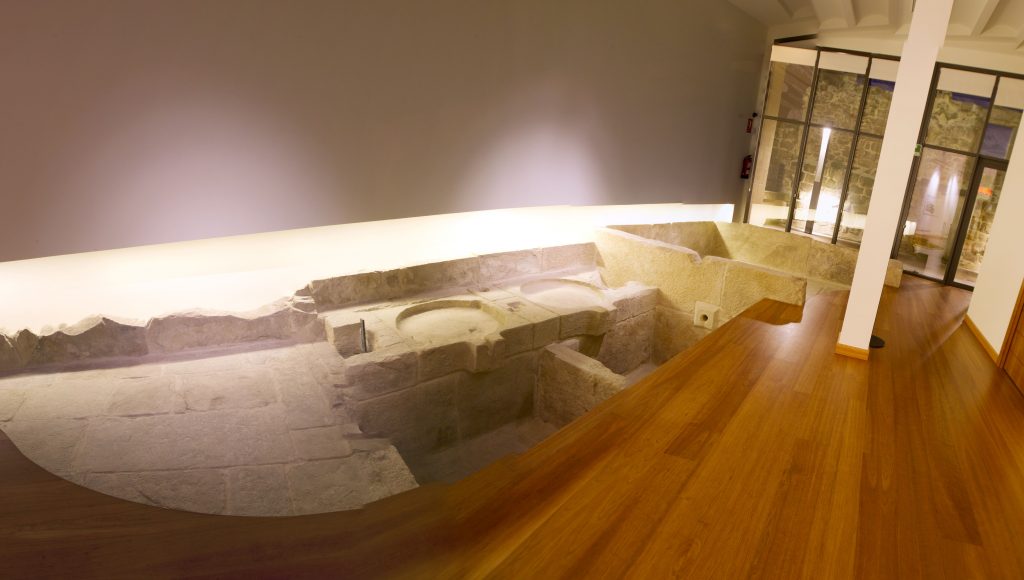 There are some that serve as university headquarters – such as the UNED, at number 34 Barriocepo -, foundations –Dialnetruns a wine press on the same street -, or professional associations –architects(Marqués de Legarda Palace) and industrial engineershave their own cellars in Barriocepo and Plaza de San Bartolomé respectively -.

There are still others that have been converted into spaces for meetings and events of all kinds – such as the Caladode Mercaderes number 10, entrance on Calle Ruavieja.

But today it is time to talk about those who have had to act as museums, contradicting the old saying that knowledge doesn’t take up any space.

It does.. the winepress. Ruavieja is the street with the highest concentration of exhibition cellars.

If you enter the city via the Stone Bridge, the first thing you will find is the Calado de San Gregorio, the first stop on the El camino del vino exhibition (The Wine Road). 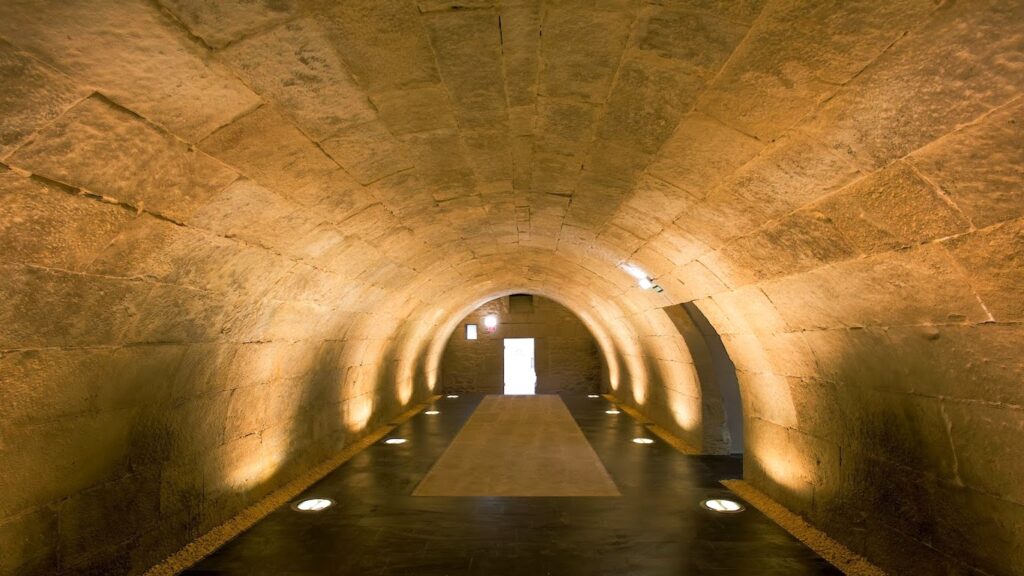 This exhibition, which aims to portray the links between the Way of St. James, wine and Logroño, is divided between this room, where the history of the oldest street in the city is explained to the visitor, and the Espacio Lagares, dedicated to the exhibition of archaeological remains that give good details of what wine production was like in the distant 17th century.

A little further on, just enough to reach the intersection of Ruavieja and Mercaderes streets, we find the Calado de la Reja Dorada, a building dating from the 16th century and which belonged to the family of Jacinta Martínez de Sicilia y Santa Cruz, the wife of Baldomero Espartero, a renowned soldier in the Carlist War.

There you have two options: to continue along Ruavieja until you reach Sagasta, where you will find the cellar of the now defunct Gran Casino, or to go into Calle Mercaderes to visit those cellars hidden in the Centro de la Cultura del Rioja (Rioja Culture Centre).

Popularly known as “Casa de La Virgen”, this building belonged to the Yanguas family before becoming the property of Logroño Town Hall. 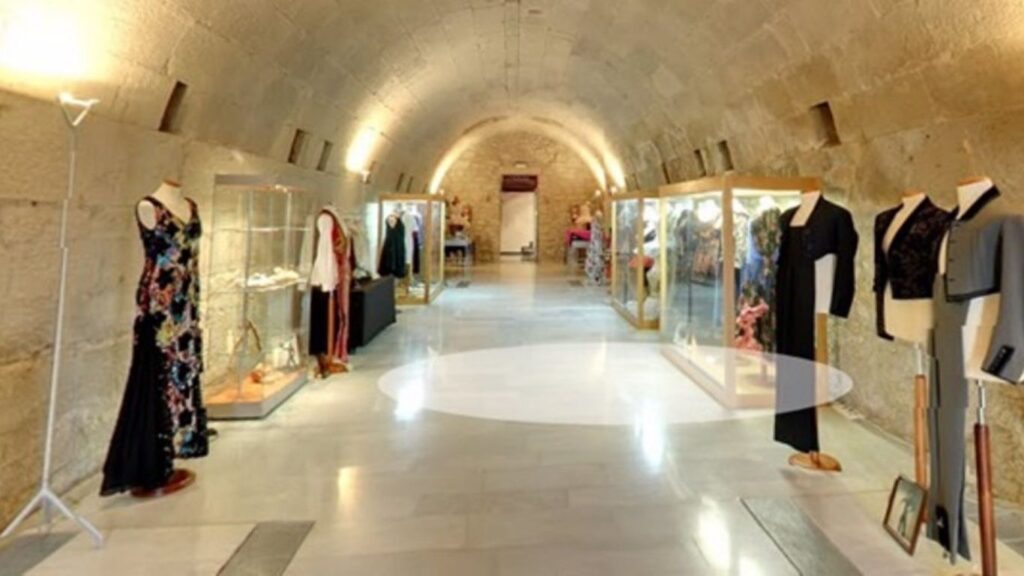 Having strolled through the nerve centre of the wine cellars and wine presses of Logroño, there remains only one last visit related to the subject.

From Calle San Gregorio you can access the Casa de la Danza, a unique museum which, despite being located inside a fretwork, has no apparent connection with wine culture.

And I say apparent because, if we look a little further, we will realise that the art of dance has always been accompanied by that point of irrationality typical of the nectar of Dionysus.

What dance and wine have in common is their desire to break with monotony, their discreet form of transgression, so deeply rooted in these lands.