Antonio Machado said that paths are made by walking. Despite all the misfortunes that befell him during his lifetime, the author of Campos de Castilla was an optimist. And the fact is that paths, routes, trails and derivatives require much more than walkers for them to last over time.

That is why the inclusion of the meander of El Cortijo in the European network of protected sites Natura 2000is good news. This not only ensures the survival of the area, but also guarantees the possibility that walkers and hikers will continue to walk the path along it year after year.

Located on the outskirts of El Cortijo, an urban centre just seven kilometres from the centre of Logroño, the meander is a natural space that is worth a visit any time of the year.

The diversity of its landscape and the incredible sensation of peace that comes from walking accompanied by the sound of the flowing river Ebro which, with its random twists and turns, marks the border between the Rioja and the Basque Country, make a decisive contribution to this setting.

What was once part of the railway line linking Castejón and Bilbao is now a Green Waythat is perfectly adapted for walkers and suitable for people of all ages. 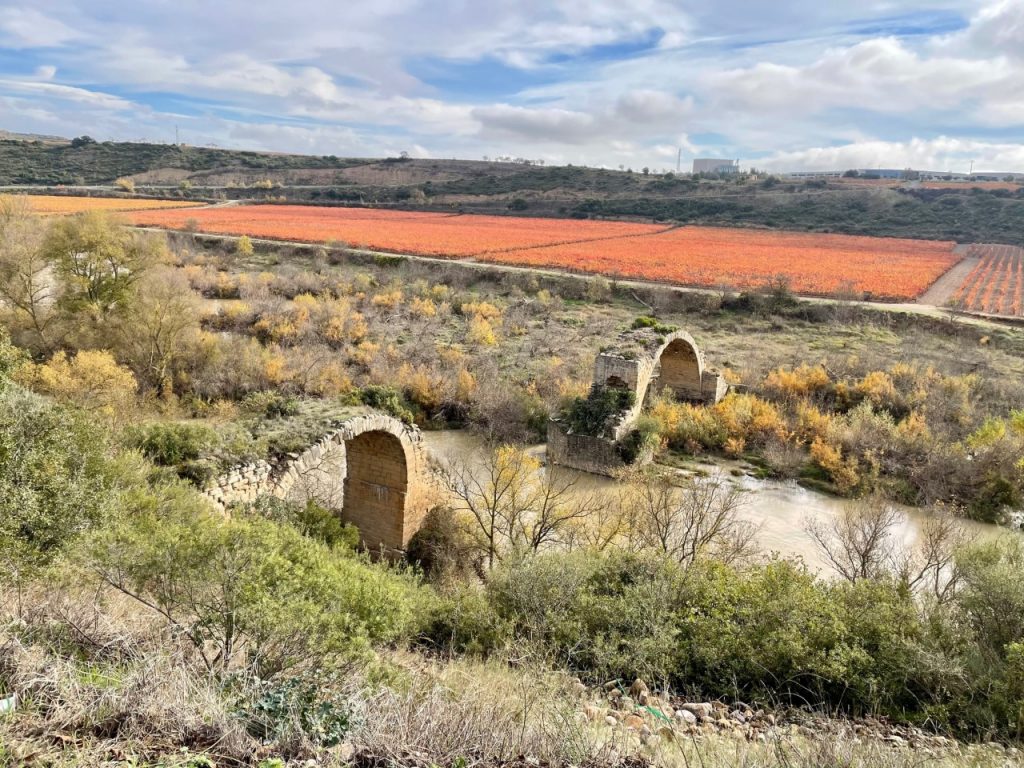 There are two ways to follow the route, starting from the old El Cortijo station –next to the road to Logroño– or from the hydroelectric power station.

Whatever the starting point, the experience is similar and a unique opportunity to discover the ecosystem that extends around Logroño.

It is a very rich landscape the common denominator of which is the vineyards, riverside orchards and Mediterranean woodland, with its old holm oak groves scattered along the route, at the end of which the silhouette of Sierra Cantabria looms imposingly in the background.

As for the fauna, there are several species of birds such as ducks, herons and kingfishers.

And that’s not all: the most patient and lucky visitors will have the chance to see some friendly mammals, such as rabbits and weasels.

But the meander of El Cortijo is not only an interesting place for nature enthusiasts.

Those with a fascination for history and mythology can explore it with the incentive of visiting the remains of the Mantible Bridge, one of the region’s most legendary sites.

Although there are still doubts about its origin, which some date to Roman times and others to the 11th century, there is no doubt that the old bridge connecting the village of Assa in Alava and El Cortijo is one of the literary monuments of La Rioja.

Legend has it that it was here that Fierabrás, the Saracen knight converted to Christianity who accompanied Charlemagne on his expeditions, defeated the evil giant Galafré, an episode referred to in books such as The History of the Emperor Charlemagne and the Twelve Peers of France or the first part of The Ingenious Gentleman Don Quixote of la Mancha, where the most famous character in Spanish literature places the feat that took place on the bridge on a par with those performed by heroes such as Achilles and King Arthur.

These are just some of the reasons why El Cortijo is well worth a visit. But each person is different and each walker makes their own path, so that what stands out for each person, what makes this route special, will be different depending on who walks it.

There is only one way to know what will fascinate you: visit, as soon as possible, the meander in Logroño. It is already looking forward to welcoming you.