Unlike Rome, London and Paris, Logroño did not make a river the centre of its urban life. Until relatively recently, the capital of La Rioja spent its days turning its back on the Ebro River, on the other side of which nobody wanted to settle.

Perhaps it was a question of lack of need, laziness –why cross the river if we are already well off where we are? – or perhaps the matter was more complex and, without knowing it for sure, the old inhabitants of Logroño already suspected that there was something there, that this place did not belong to them.

For centuries, local scholars told the story of an ancient city that was wiped off the map by the wrath of King Leovigild.

It is said that its name was Cantabria and that some say its remains could be found on the mountain of the same name, that mysterious mountain that seems to have windows or eyes, eyes that have always looked impassively over Logroño, the city that, focused on other things, lived completely oblivious to the secrets of Mount Cantabria.

It was not until well into the 20th century that archaeologists decided to set foot on this emblematic site to try to solve the enigma. The first to do so were Blas Taracena and Augusto Fernández de Avilés, with an investigation that lasted from 1948 to 1949 and was followed by others in the 70s, 80s and 90s.

It is thanks to the work of these professionals –and those who followed in their footsteps– that, despite the many unknowns that still hang over the site, today we can affirm that this was originally a settlement inhabited by the Berones, the Celtiberian people who have ruled La Rioja since time immemorial. 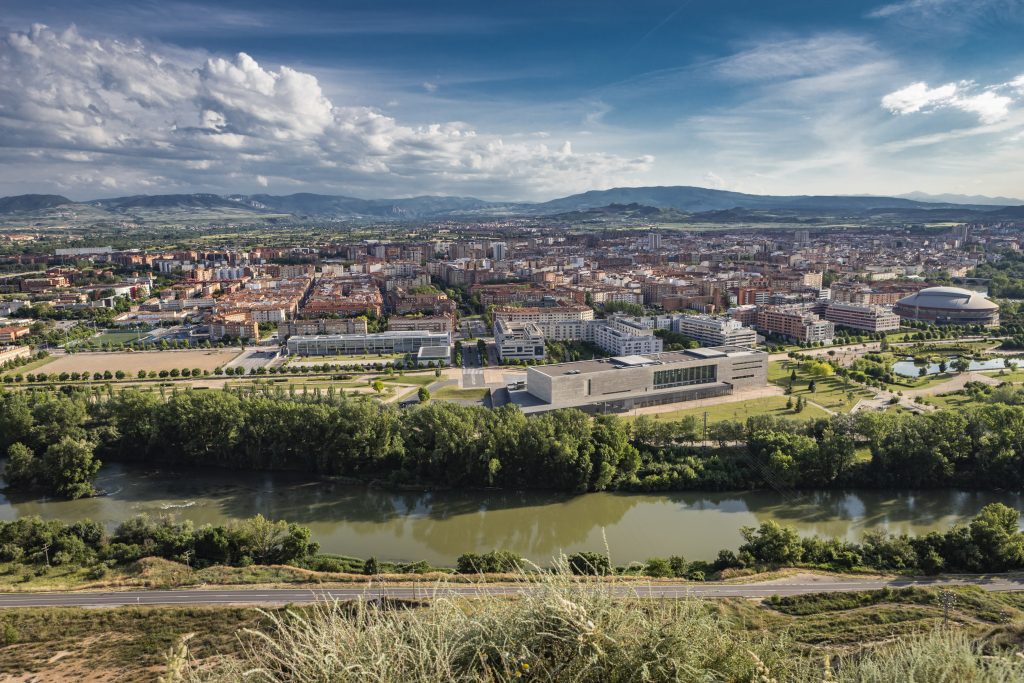 There are doubts about the relationship between the settlement of Mount Cantabria and that of La Custodia, just 4 kilometres away, but according to some theories, the remains in Logroño could be a fortification for defending the central inhabited area, located in the Navarrese town of Viana.

Be that as it may, with the arrival of the Romans, the population moved to the plain, to what is now the neighbourhood of Varea.

Given its greater defensive capacity, settlers would return to Mount Cantabria during the years when the Empire was falling and, with its fall, gave way to the violent Middle Ages.

Some of the remains that can still be seen at the site are from then, those of a walled city that gradually lost importance in comparison with neighbouring Logroño.

Whether true or not, the story of Leovigild’s attack did not mark the end of life on Mount Cantabria, which continued to be populated until the 13th century.

But the mysteries of Mount Cantabria are not limited to the archaeological site.

On the side facing the city, this mountainous elevation shows a number of scars, the windows we mentioned earlier, strange indentations about which experts also disagree.

Some say that these are columbaria –places designed exclusively for the breeding of pigeons. Others think that no one in their right mind could have dug such caves without a more transcendental intention and that, what has traditionally passed for a collection of birds’ nests, would in fact be a place to store the mortal remains of deceased monks.

The exhibition of skulls served to remind those who saw them of the important notion that nothing lasts forever. And if you don’t believe that, just ask the inhabitants of Cantabria in La Rioja.