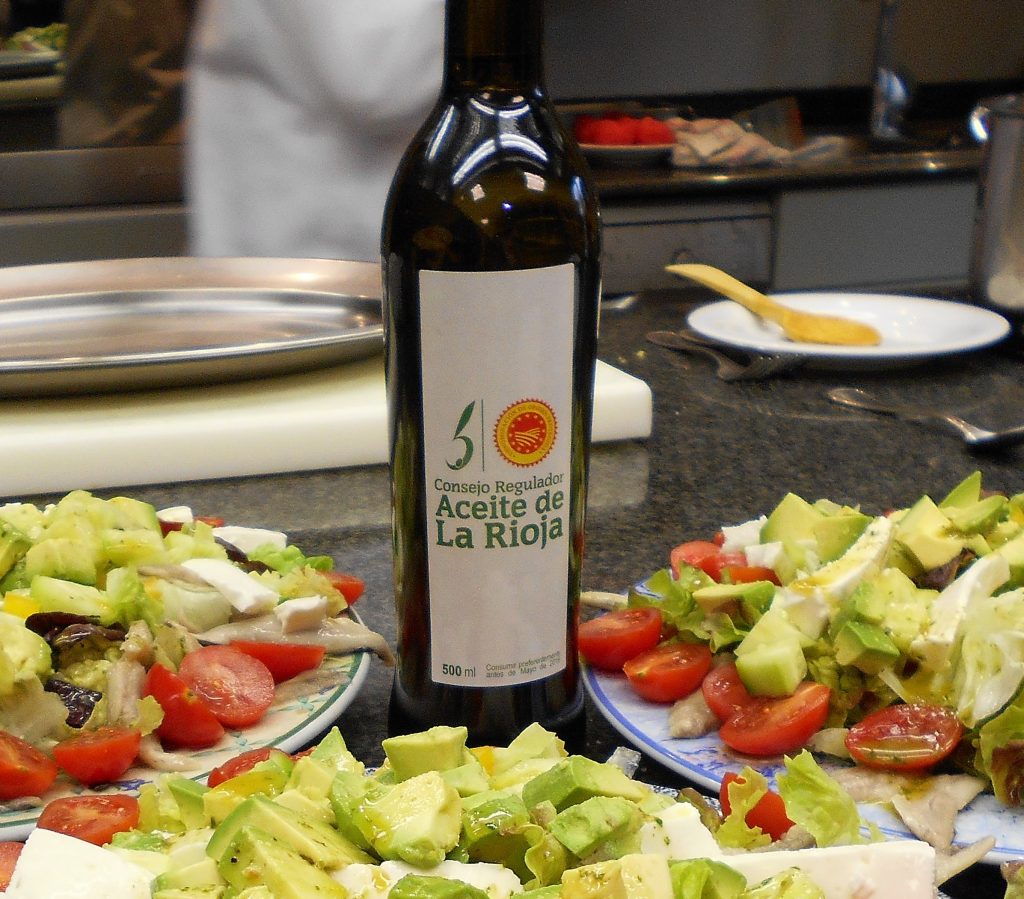 Logroño is synonymous with wine, but not to look beyond this would be to miss out on the wealth of fresh and processed products that only La Rioja has to offer.

The market gardens on the banks of the Ebro give us a variety of top-quality agricultural products which, together with wine, oil and other products, give this first-rate food and wine destination it’s identity.

The interest in local, or what is also called km 0, produce, might seem like modern fad, but the history of La Rioja reveals the long tradition of the region’s local food heritage. The Romans were already aware of the possibilities offered by this land which owes its fertility to the variations in climate, and the Ebro river that runs through the region together with its 7 tributaries.

Later, the Arabs would continue to promote agriculture, even the cultivation of vines, and this has continued through the generations up to the present day, when this small territory that barely covers 5,000 square kilometres has managed to gain Protected Designation of Origin (PDO) and Protected Geographical Indication (PGI) status for more than a dozen food products.

All these products have become the backbone of traditional recipes, and also the hallmark of a tasty, healthy and avant-garde cuisine that fills the restaurants and homes of the city of Logroño.

Starting with agricultural products, there is a whole world of flavours and textures. Proof of this is provided by the Rincón de Soto Pears, a Denomination of Origin that includes the conference and blanquilla varieties that are grown in different municipalities, including in the capital itself. 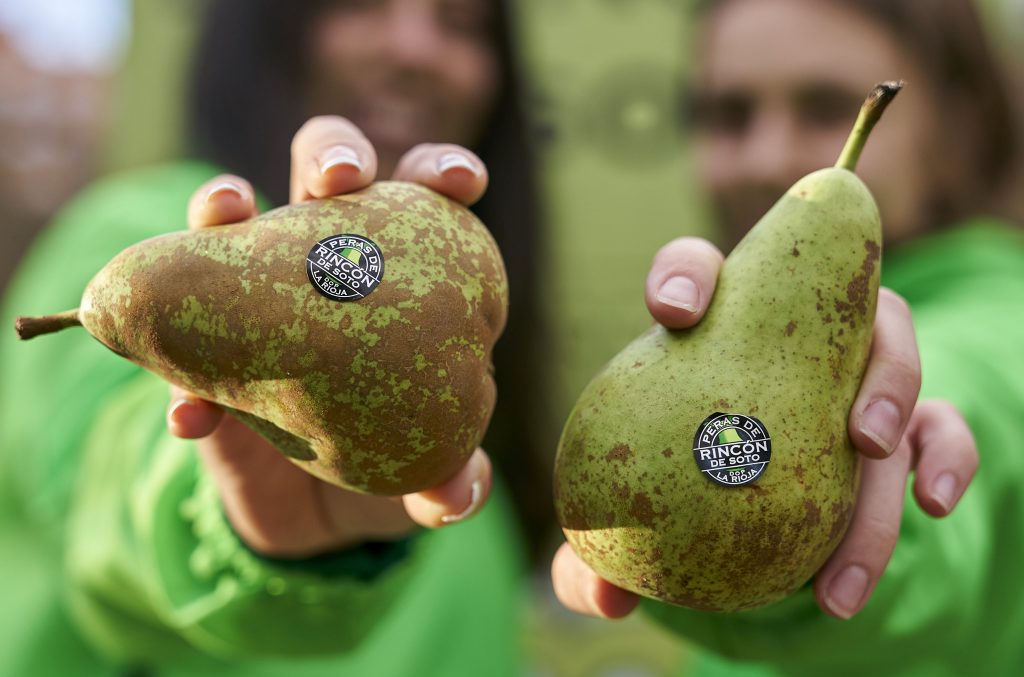 These pears has are distinctive as they larger and have a more elongated shape than other varieties, are easily identified by their particular roughness or russeting, and have a higher sugar content.

And when it comes to sweetness, you have to try the Nalda y Quel, plums which are grown throughout La Rioja and valued for their exquisite flavour.

They are a deep green colour with pale, juicy flesh, and are consumed as table fruit, sultanas, or in compotes, preserves and jams. The Nuez de Pedroso is highly valued.

It is a nut that is noted for its powerful flavour and smooth, thin shell.

Moreover, not only is it an excellent choice for its organoleptic properties, but is also a source of vitamin E and antioxidants which are beneficial in helping to prevent cardiovascular diseases and reducing cholesterol levels.

Riojan peppers are undoubtedly one of the best-known ambassadors of the region.

These are easy to spot due to their conical shape and pointed end, red colour, rough skin and fine flesh.

Those lucky enough to try them will find that they are mild in taste with no heat.

They can be eaten either fresh or canned. Another vegetable that appeals to the eye and convinces with its flavour is the Calahorra Cauliflower, which has Protected Geographical Indication status, and has managed to make a name for itself not only at national level but also on the international scene.

It is harvested by hand and has been cultivated since the 19th century. Nor should we forget what is known as “white gold”: we are referring to the Espárrago de Navarra here, whose PGI covers white and canned asparagus from Navarra, Aragón and La Rioja. Its thickness, white colour, fine fleshy texture, and tenderness are its defining qualities.

But if there is a typical dish not to be missed when visiting Logroño, it has to ‘Alubias a la Riojana’ and there is no better recipe than the one made with Anguiano beans. This caparrón pinto variety has a softer skin, which makes it easier to cook and digest, and has a smooth, buttery texture.

Still in the countryside, we now move on to livestock, for a taste of Chamarito lamb, Chamarito being the only indigenous breed of sheep in La Rioja. The meat is tender and juicy, the result of a natural diet of wild plants such as rosemary and thyme.

This suckling lamb can be found mainly in specialised butcher’s shops and catering establishments, which gives another reason to visit the city of Logroño and enjoy its exceptional culinary delights.

Sausages are something new to discover on this gastronomic journey. Chorizo Riojano has a PGI for its cylindrical horseshoe shape. It sometimes has a slight touch of spice as it is made with lean pork meat and bacon, kneaded and mixed in a traditional way and seasoned with salt, fresh garlic and top quality paprika. Hard to resist. 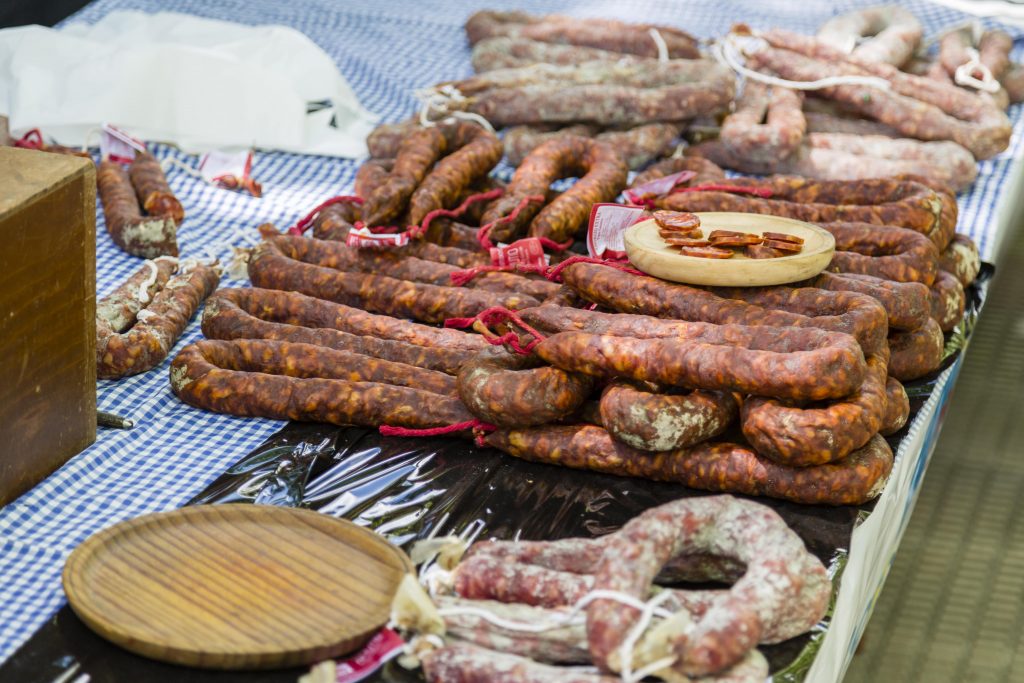 And what could be better than a good cheese to go with it? In Logroño it has to be Camerano cheese, which has been made since the 11th century.

This product also enjoys Protected Designation of Origin status for its fresh, soft, semi-cured and cured types of cheese.

It is made from goat’s milk, and like the lambs, the goats have a natural diet.

The cheese is easy to spot because of its characteristic exterior markings, which are the imprint made by the braided wicker moulds that are still used for cheese rennet.

Lunch would not be complete without the best bread and oil.

For this, our choice is the Protected Designation of Origin La Rioja Oil, which has a fruity flavour with slightly bitter notes due to the climatic conditions of the area and the type of soil.

This oil is ideal spread on bread or used for salads, and also for frying.

The finishing touch is provided by Pan Sobado de La Rioja, a collective brand name that indicates quality, and that brings together the traditional breads that are typical of La Rioja and can only be found in this region.

A laborious four-hour production process culminates in a bread with a white, compact crumb, a thin, crispy crust and a splendid golden colour. And it is made using slow-fermented natural sourdough that is more than 20 years old.

A meal without a good wine or cava would be sacrilege for any Riojano, which is why we have to mention the local wines. As far as wines are concerned, Rioja is the oldest DOC in Spain being the first to obtain this designation. 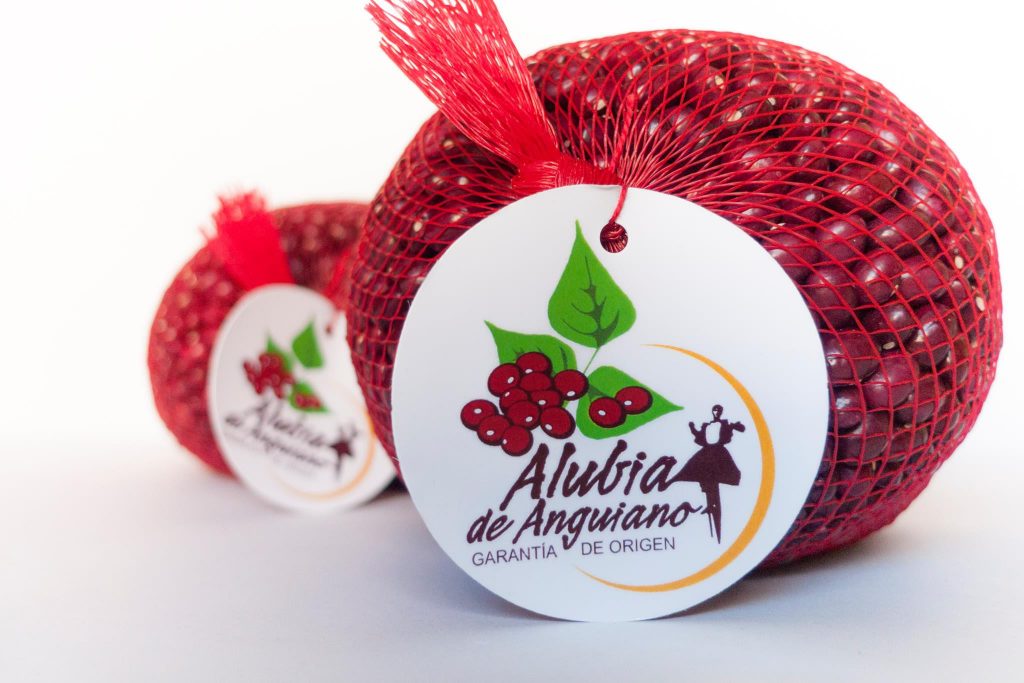 Within the municipal boundaries of the capital itself there are several historic wineries.

The influence of this wine reaches three areas located on the banks of the Ebro River, and its history goes back more than two thousand years; we are talking about fresh, aromatic wines with their own personality.

Cava, although produced only more recently, has also made a name for itself and now enjoys Designation of Origin status.

It is mostly made from the Viura grape variety (known in other places as Macabeo), as well as Pinot noir, Chardonnay, Garnacha and Malvasía.

If you want to take a taste of La Rioja home with you, all you have to do is book a table in one of the city’s numerous restaurants or go for a stroll around the emblematic San Blas market.