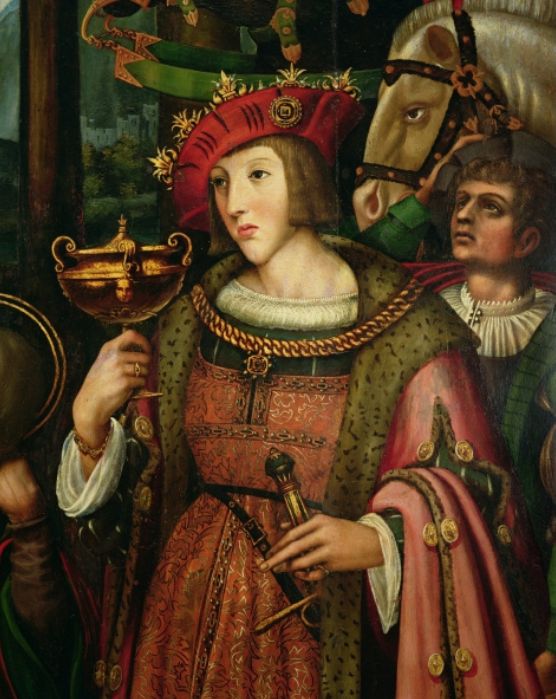 5th Anniversary of the Siege of Logroño: the origin of (almost) everything

The siege of Logroño and the subsequent defeat of the Franco-Navarrese army by the local people forms part of the romantic myth of the city, but it also marked the beginning of its period of greatest splendour and the discovery of its European and cultural vocation.

The events commemorating the fifth anniversary of the siege will once again highlight these.

The Hospital General de la Rioja is located in the northern part of the city of Logroño, very close to the Paseo de la Florida, which links the Ebro and Ribera parks. The convent of San Francisco once stood on the same site, almost opposite the Puente de Piedra, or Stone Bridge.

This is a bridge that defies the passage of time, a bridge crossed by the pilgrims following the Way of St James. Five hundred years ago with very different intentions, it was the French troops who wanted to cross it and make it their own, aware of its strategic importance. This was one of the historical episodes in what is known today as the Siege of Logroño.

The construction of the identity of a place often has an epic component with a romantic feel, and the case of Logroño is no exception. In fact, the siege marked a before and after in the future of the city, turning it into an economic, cultural and social reference point.

Until 1521, Logroño had been a small rural town, sparsely inhabited, but located in what was then considered a borderland.

In fact, Fernando el Católico used it as his headquarters on his campaign for the annexation of the Kingdom of Navarre, and the town remained loyal to the crown when many rose up against his successor, Charles I, who they considered a foreign king because he had been born in Ghent.

The fact is that the kings of both France and Castilla were aware of the great value of the southern bank of the Ebro in terms of access to or defence of, the plateau – depending on who was studying the map.

So when tensions between the two enemies reached a peak, the French army crossed the Pyrenees in an attempt to destabilise the Holy Roman Emperor, who seemed to be growing more and more powerful. Hondarribia and Pamplona fell, and on 25 May the invaders stood at the gates of Logroño.

Far from panicking, in an Open Council, the inhabitants took the decision to confront the enemy. It was the moment when Logroño became aware of itself as a city, looking ahead to the future.

It is doubtful that those hard-working people from Logroño were aware of what that battle would mean in the years to come, but that act of cohesion as a people not only allowed them to win, but also ended up leading to an urban development that in a sense began for practical reasons with the construction of the Cubo del Revellín after the conflict.

The expansion and power of the victorious city can still be seen in the many Renaissance buildings in the town centre; the taste for architecture and new trends took root, as confirmed by contemporary buildings such as the town hall designed by Rafael Moneo, and the bold design of the wine cellars surrounding the town.

And, by the way, as part of the siege, the French stripped the vineyards of the capital of La Rioja, indicating that wine production was already a part of their way of life.

Today, as in the past, Logroño is a crossroads for economic and cultural routes. And not only because the Way of St James passes through it – of even greater importance in this Xacobean year – but also because of its links with the Cooperation Network of the European Routes of Emperor Charles V.

Declared a Cultural Route of the Council of Europe, this network undoubtedly reaffirms the cosmopolitan spirit of the city, the same spirit that will undoubtedly animate the various leisure and cultural events that in 2021 will commemorate the 5th Centenary of the Siege of Logroño.

And all this is without forgetting traditions, such as the patron saint festivities of San Bernabé, adopted as patron on 11 June 1521, thus initiating the series of commemorations of the founding myth of the city, which will really stand out this year.